INCLUDES DOMESTIC FLIGHTS FROM AND TO USHUAIA +

Fulfil your dreams on this bucket-list cruise aboard our boutique expedition ship and experience epic landscapes and phenomenal wildlife on a life-changing adventure. This voyage takes you across the notorious Drake Passage straight to the frozen Antarctic Peninsula where you discover mesmerising icy scenes of both the Gerlache Strait and exceptionally beautiful Antarctic Sound. You will step ashore onto beaches crammed with penguins for fabulous photo opportunities before returning via the South Shetland Islands. This unforgettable journey will leave you with remarkable tales of how you achieved your life goal by visiting one of the most remote places on the planet.

Embark in the afternoon and meet your expedition and lecture staff. After you have settled into your cabins we sail along the famous Beagle Channel and the scenic Mackinlay Pass.

Named after the renowned explorer, Sir Francis Drake, who sailed these waters in 1578, the Drake Passage also marks the Antarctic Convergence, a biological barrier where cold polar water sinks beneath the warmer northern waters. This creates a great upwelling of nutrients, which sustains the biodiversity of this region. The Drake Passage also marks the northern limit of many Antarctic seabirds.
As we sail across the passage, our lecturers will be out with you on deck to help with the identification of an amazing variety of seabirds, including many albatrosses, which follow in our wake. The ship’s open bridge policy allows you to join our officers on the bridge and learn about navigation, watch for whales, and enjoy the view. A full program of lectures will be offered as well.
The first sightings of icebergs and snow-capped mountains indicate that we have reached the South Shetland Islands, a group of twenty islands and islets first sighted in February 1819 by Capt. William Smith of the brig Williams. With favorable conditions in the Drake Passage our lecturers and naturalists will accompany you ashore as you experience your first encounter with the penguins and seals on Day 3.

This is where huge tabular icebergs roam. In some years, the Erebus & Terror Gulf and Weddell Sea are chock-a-block full with ice, making for exciting ice navigation. Get up early and go out on deck. It may be 3:30h in the morning, but the sunrises will be unlike anything you´ve ever seen. Huge tabular bergs break from the Larsen, Ronne, and Filchner ice shelves and combine with one-year-old and multi-year sea ice to produce a floating, undulating panorama of rugged ice scenery. All-white Snow Petrels are likely to be coursing over the floes, often joined by Pintado Petrels.
The usual passage to the east side of the Antarctic Peninsula traverses the Antarctic Sound, which is 30 miles (48 km) long and 7-12 miles (11-19 km) wide and runs northwest-to-southeast. Hope Bay and the Argentine Station Esperanza, are located on the western side of the Sound. Brown Bluff, a promontory on the Tabarin Peninsula, is located south of Hope Bay. Both of them might be possible landing sites. The Weddell Sea represents the center of the Peninsula´s Adélie Penguin population. Devil Island, Paulet Island and the already mentioned sites, might give us ample proof of this. The numbers of penguins are breathtaking. Sometimes juvenile Emperor Penguins have been sighted, riding ice floes but are by no means regular in the area.
This region also teems with vibrant exploration history. The most bizarre of these tales involves the Swedish Antarctic Expedition of 1901-03 under the command of geologist Otto Nordenskjöld. Four visitor sites have links to this expedition: Hope Bay, Paulet Island, Snow Hill Island, and Cape Well-Met on Vega Island. Our expedition staff will be pleased to share their exciting story with you. Nordenskjöld´s expedition was the first to overwinter in the Peninsula. His ship the Antarctic, under the command of the famous Norwegian whaling captain Carl Anton Larsen, was trapped in the ice and sank, but the men survived on different locations and even managed to carry out significant scientific research in the area.

Day 7-8Exploring the Antarctic Peninsula and the South Shetland Islands

The Antarctic Peninsula´s remarkable history will also provide you with a type of excitement often only associated with the early explorers. You will have plenty of time to explore its amazing scenery, a pristine wilderness of snow, ice, mountains and waterways and a wide variety of wildlife. Apart from Gentoo and Chinstrap Penguins and other seabirds you are likely to encounter Weddell, crabeater and leopard seals as well as Minke whales and orcas at close range.

We hope to navigate some of the most beautiful waterways: the Gerlache Strait, Errera Channel and Neumayer Channel. Possible landing sites may include: Paradise Bay, which is perhaps the most aptly named place in the world with its impressive glacial fronts and mountains, Cuverville Island, home of the biggest Gentoo Penguin colony in the Peninsula surrounded by glaciers and castellated icebergs, and the British Museum and Post office at Port Lockroy.

Further exploration will lead us to the South Shetland Islands. The volcanic island group is a haven for wildlife. Vast penguin rookeries and seals hauling out on the shorelines make every day spent here unforgettable. Sailing through the narrow passage into the flooded caldera of Deception Island is truly amazing, so is visiting the crescent shaped island Half Moon, home to Chinstrap Penguins in breathtaking surroundings.
There might also be a chance to visit the enigmatic Elephant Island. Sir Ernest Shackleton fans will need no introduction to this historic windswept island. In 1916 Shackleton was forced to leave 22 of his men stranded on these shores, while he and five others embarked on an unbelievable last-ditch rescue attempt. What followed is one of the greatest rescue stories of all time. Every passenger will return with a greater knowledge of this gripping tale of adventure in a truly remarkable part of the world.

We leave Antarctica and head north across the Drake Passage. Join our lecturers and naturalists on deck as we search for seabirds and whales and enjoy some final lectures. Take the chance to relax and reflect on the fascinating adventures of the past days on the way back to Ushuaia.

We arrive at the port of Ushuaia in the early morning and disembark after breakfast. 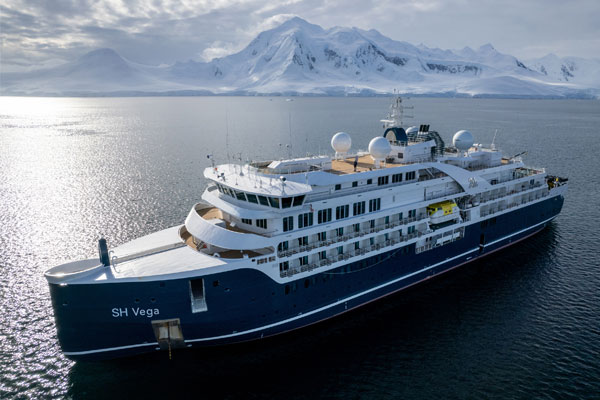 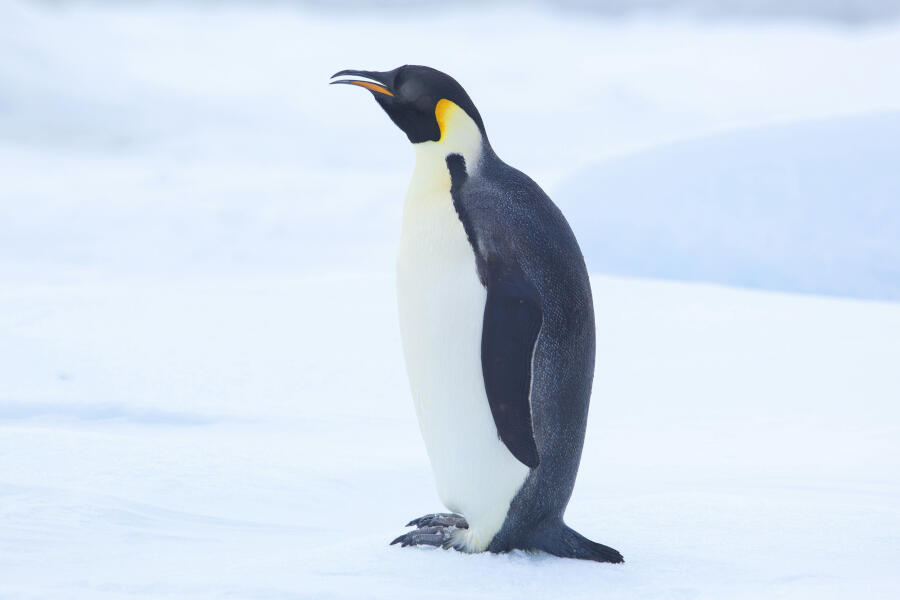 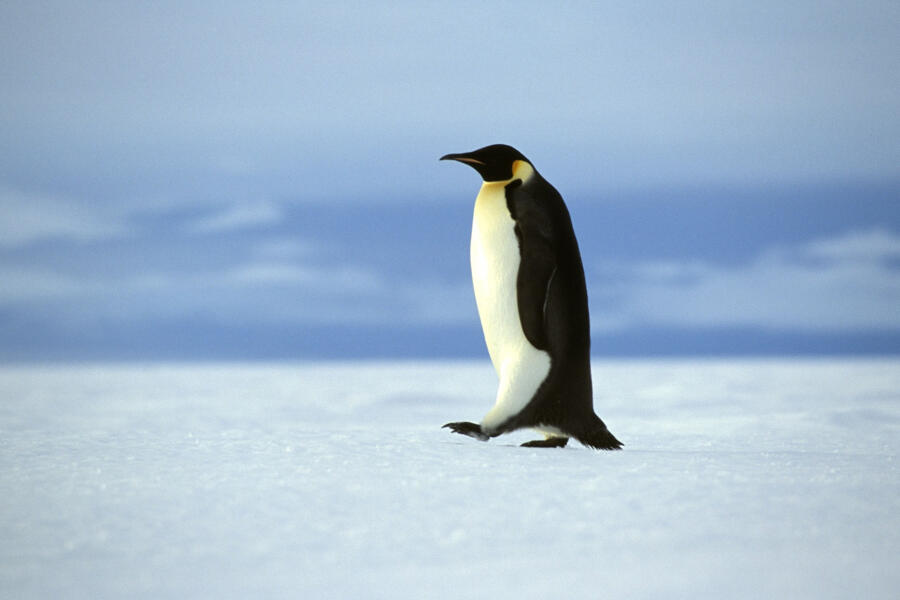 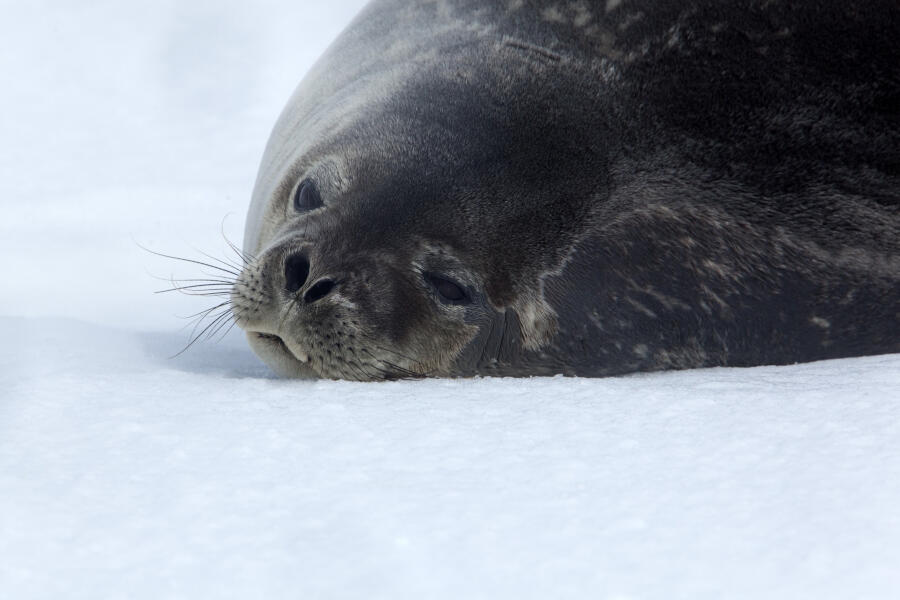 Inclusions:
Return regional flights to the port of embarkation and/or disembarkation (where specified)
Group return transfers from the airport to the cruise port (via our included accommodation where applicable)
One night pre-cruise accommodation with breakfast in a 4/5-star hotel or onboard
All meals onboard
24-hour room service
Coffee, tea, soft drinks and selected alcoholic beverages available 24-hours per day
Lecture programmes by our experienced expedition team and guest speakers
Standard WiFi
Onboard gratuities and port taxes
One selected shore excursion/expedition activity per port of call
Branded expedition parka and use of rubber boots in Polar Regions
Itineraries are correct at time of publishing and may be subject to change
Exclusions

Additional activities such as kayaking, private tours, special arrangements, plus private Zodiac tours, cost extra.
Laundry, premium wines and spirits, plus purchases from the ship’s boutique and any spa treatments are not included.
You will need to purchase your own visas where required, travel insurance, flights, domestic transfers and any hotel requirements pre or post cruise, unless otherwise stated within the itinerary description.

From$12,995$6,498
Explore the highlights of the South Shetland Islands and the Antarctic Peninsula. This region contains some of the world’s most impressive scenery and the best […] 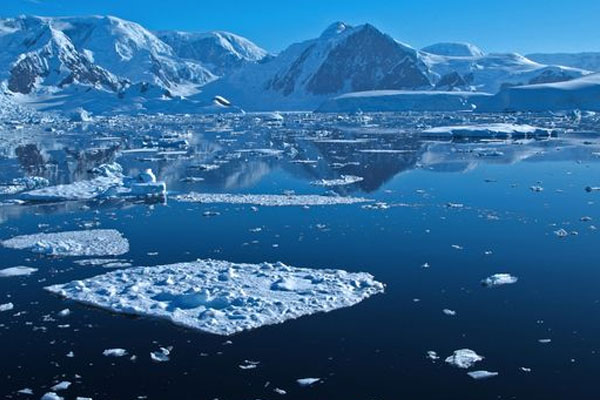 From$12,995$6,499
Explore the highlights of the South Shetland Islands and the Antarctic Peninsula. Some of the world’s most impressive scenery and the best wildlife viewing beyond […] Beyond the Antarctic Circle

From$12,995$6,498
Explore the highlights of the South Shetland Islands and the Antarctic Peninsula. This region contains some of the world’s most impressive scenery and the best […]

When you book with an account, you will be able to track your payment status, track the confirmation and you can also rate the tour after you finished the tour.
Sign Up

Or Continue As Guest